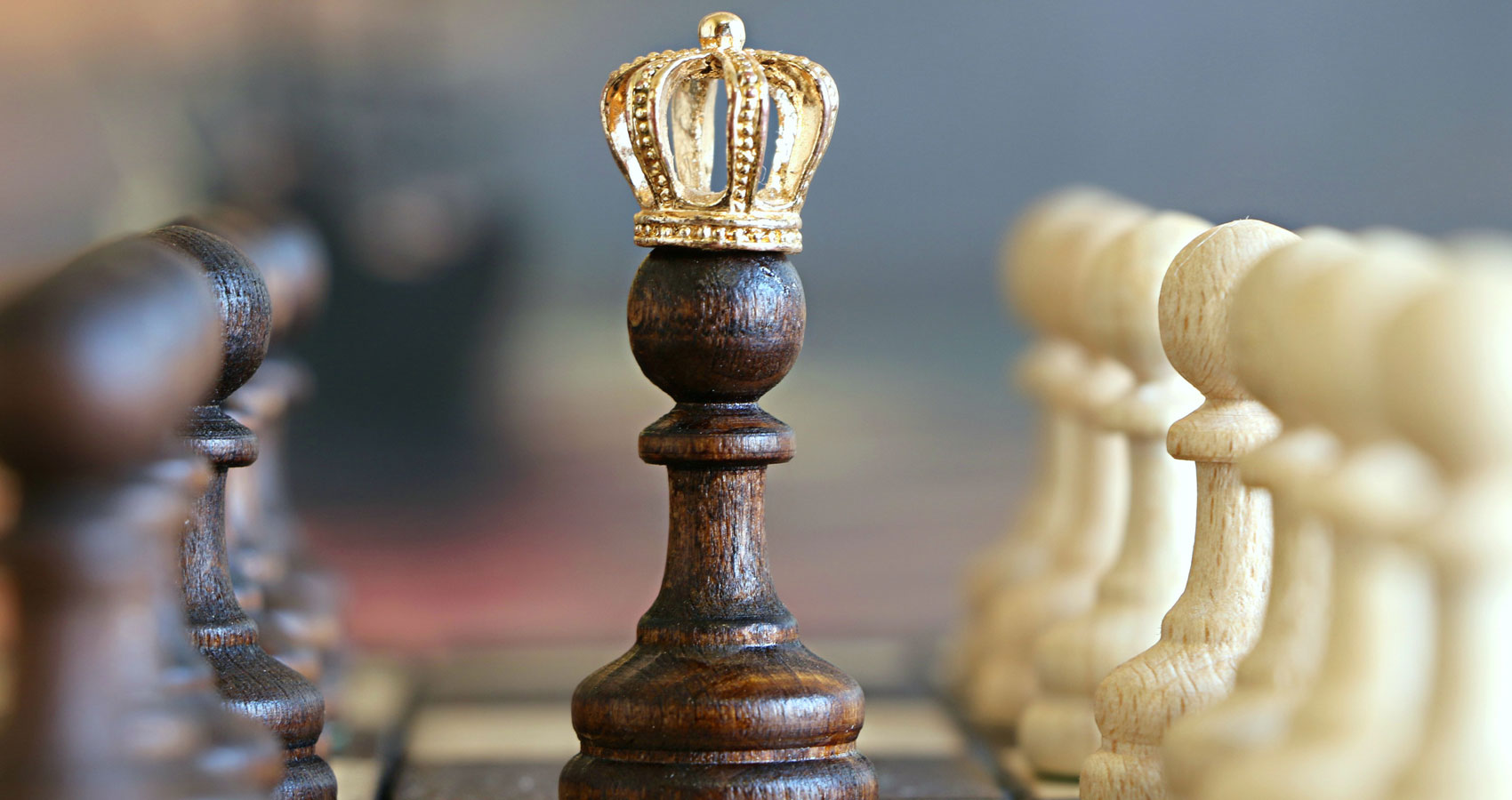 The King is Dead! Long Live the Queen!

The King is Dead! Long Live the Queen!

Surrounded by a sea of sorrows, he is shipwrecked on a lonely island of her memories.

He walks her island every day and more at night…

Barefoot, he feels every fine pebble of her warm, delicious sand caressing the most intimate recollection of her perfume.

He searches for her at every corner of this island, but her silhouette escapes to the past.  He takes a long walk into the deepest of his mind and there, he argues with yesterday, as today retorts and tomorrow just listens.

As he goes to and fro in alternate realities, he suddenly returns to the moment.  Weak now with exertion, he falls past the sand on her beach and onto the carpet of his living room.  He’s on all four now (to and fro), mimicking the table with their unfinished chess game on top.

To and fro.  He stares into the bright glow of the Sun…only interrupted by circling ravens as they signal for the dark knight.  The galloping hooves of the pale rider now turn to his direction.  The toxic winds from yesterday howl her name and deafen his will to survive.  He fights like a gladiator to refuse fate, but there is no strength left in him!

She had taken the strongest of his will and put it in her pocket…along with her last words of hate.  His kin at her side.

The inevitable is ready to keep the life promise she sold for a few comforts.  Only a few more minutes stand in the way of the Gladiator and his eternity.

The king is on his knees upon her sands… his body is permeated with the pebbles of her essence and the only thing in his mind is her sweet face.  The executioner’s shadow slowly rises from his exposed lower back and crawls to cover him completely.  The golden circle is thrown before him (fro) on the carpet.  Breached, broken…it no longer connects the circle.

The player takes the king and tumbles him on the board… imminent capture without his queen.

Like so many brave players before him, the king resigns the game of a lifetime at his queen’s failure to keep her words of adoration.

(to) The sword’s tip reflects a bright flash of the Sun against the pages of forever as it speeds down to crown a treacherous thing.

(fro) The dirty room is silent and dark.  Suffocating!  No oxygen, all ashtray.  There is a small ray of sun punching its way thru the dark curtains, but its fight slowly fades.  The light enters the last round of the battle, but twilight lands a striking blow!  The light is no more.

The last thing it lit was the crossbones…still on his left hand.

The King is dead!  Long live the Queen!